Spies and detectives are both very cool and good things, and also two career paths I’m keeping on the back burner in case this whole English major thing doesn’t work out. And honestly how could it?

Fingers crossed this award is something that will look good on my spy-and-detective job applications.

I was nominated by Brittany @ Bookworm Brittany, Rachael @ Beach Bookworm, Georgiana @ Readers’ High Tea, and Fashion & Fiction, as recently as yesterday and as long ago as last September.

Click the links above to check out their fantastic posts!! Thanks gang.

This is a fancy schmancy tag with, like, a mission statement. So:

“The Mystery Blogger Award is an award for amazing bloggers with ingenious posts. Their blog not only captivates; it inspires and motivates. They are one of the best out there, and they deserve every recognition they get. This award is also for bloggers who find fun and inspiration in blogging; and they do it with so much love and passion.”

Created by Okoto Enigma’s Blog. Which is cool. Y’know, like, enigma? Mystery? Nice. That blogger created a brand and stuck to it. We should all be so dedicated.

three things about me

2. I’m a big comedy nerd, which is a very off-putting and pretentious way of saying I watch comedy TV shows and listen to comedy podcasts and follow comedy Twitter accounts but also feel better than everyone else while I’m doing it.

3. Currently I’m thinking about chicken dumplings and scallion pancakes, because I’m going out to dinner tonight and that’s sure as hell what I’m going to order. (Note: I wrote that literally one (1) week ago. It took me this long to finish and post this. Nice.)

what made you want to start your blog?

I honestly just used it as a dumping ground for reviews I’d already written on Goodreads. Just seemed like a lot of people had blogs, so. Blogs.

Also you know Thing About Me Number 3 is true because “dumping ground” made me think of “dumpling ground.” Yum.

if you were deserted on an island, what three items would you want to have with you?

Oh god. A will to live? I would give up instantly. Desert me on an island and step one for me will be laying down on the sand and waiting for death.

do you like to read books? if so, what’s your favorite genre?

No. As it turns out, all the snarky commenters on my one-star rant reviews were right all along. Clearly I hate reading and should just stop doing it.

Jk jk jk jk. But I do not know about my favorite genre. I read contemporary most. I like classics the most often, but YA is where it’s at. Magical realism is my sh*t, unless it’s bad. WHO CAN SAY.

if you had to give advice to new bloggers who have similar content to yours, what would it be?

First, STOP BEING BAD AT BLOGGING. (Get it? Because if their content is similar to mine then it’s bad? Nailed it.)

Honestly it’s the same as everyone’s, which is interact with other bloggers!! It’s fun AND mutually beneficial. My fav combo.

what makes you happy?

Nothing, I am darkness, I am the void, joy dies when it meets me, my soul is a tornado of burnt toast and buttered popcorn jelly beans, blah blah blah.

Actually recentlyish (mid-emotional crisis, actually) I made a very long list of things that make me happy! It’s cheesy af but I think things like that can be helpful sometimes. Here it is if you care!! (Super fair if you don’t.)

if you had a million dollars, what would you spend it on?

I’d pay off my student loans and the rest of my college, and I’d spend the remaining $9 on a Chipotle burrito bowl. (Brown rice, chicken, little bit of black beans, fajita veggies, pico, lettuce, cheese, in case you were wondering.)

Just kidding I’d have a little money extra and I’d save it allll!!! (Minus that $9.)

what hyped book do you hate/dislike?

But I just got an angry comment on my A Court of Wings and Ruin one-star review so let’s go with that.

what is your worst and best trait?

Yiiiiiikes. Introspection central!! Hard to pick which of these is making me more uncomfortable to think about!!!!

My least favorite trait of myself is that I get really in my own head and overanalyze everything, which leads me to make Mistakes™ and also really make myself suffer over little things I never stop thinking about for a hundred thousand infinity years!!!

But at least I think I’m funny sometimes?

what is the most interesting thing you’ve read this week?

I am completely addicted to The Cut right now. Just nonstop reading celebrity gossip. Also this article about a SCAMMER was FANTASTIC and I will ONLY be consuming SCAMMER-RELATED CONTENT for the REST of TIME thanks.

if you were arrested with no explanation, what would your friends and family assume you had done?

Well, I would say “an Ocean’s Eight-style heist, not to be confused with an Ocean’s Eleven-style heist, because this would be a powerful group of beautiful smart women rather than, like, Matt Damon, but George Clooney is still invited if he’s available and can bring Amal.”

But also not that, because of course I wouldn’t get caught.

why did you start blogging?

Answered this one up top!!

what motivates you to keep writing on your blog?

Also I like interacting with the community most all the time?? So. Good motivator.

what are your favorite kind of blog posts to write?

Probably tags like this because I love talking about myself more than anything so questions like this are easy af to answer!

But I also like writing wrap-ups. Anything that follows a structure. Please make this easier for me I am so uncreative help.

what is your least favorite book genre?

It’s always so hard to pick a least favorite of anything. God I hate so much on this earth. Oh boy. Um.

Paranormal romance is most always unpleasant, in my experience.

what are your top three holiday destinations?

Well honestly like every impoverished college student I want to go everywhere, and I’ve only been to the U.S. (for like 20 years my god enough already, me), Canada, France, and Vietnam. But my top three??? AH.

I really want to go to Austria, and Thailand, and Iceland. And everywhere in Europe and Asia and Africa and South America and okay now I’m just listing continents.

And also truly back to France and Vietnam because those places are the sh*t.

what genre(s) of books are you most interested in?

I was going to say just look earlier in the post where I answer the good ol’ favorite-genre question, but this is sliiiiightly different. Just different enough that I’m like…should I write another answer?

Don’t ever say I don’t do anything for you guys, and also I am still so obsessed with that micro-genre of feminist books that anthologize women from history who are under-discussed and -appreciated and also they have beautiful illustrations.

how would you describe your own style/fashion?

“Clothing I’ve had for, like, six-plus years or, if purchased in the last two years, was on like 80% off clearance and is probably a sundress.”

what’s the most uncomfortable or out-of-comfort-zone thing you’ve ever done?

Uhhh. I’m scared of heights, I’m a picky eater, and my natural inclination is not to do anything ever and just slowly become a voluntary bubble girl in my own room until I can never ever leave.

So pick any tall thing I’ve been on, weird food I’ve ingested, or activity I’ve successfully participated in and you’ve got an answer. 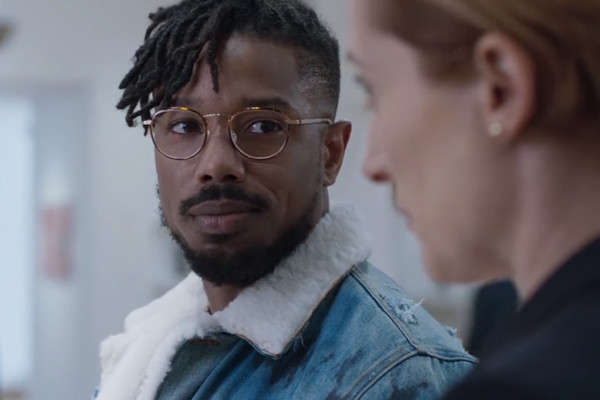 I don’t think so.

Let’s all just take a moment to gaze at him, shall we?

(I just watched so many gifs of the part where he takes his shirt off. FOR RESEARCH PURPOSES. Obviously.)

if you could live in a fictional world, which would it be?

I did a big ass post on my favorite settings, but the answer is truly obvious if we’re being real. It’s Wonderland. Gotta stick to my roots.

But also I reallyyyy wouldn’t object to living in le Cirque des Rêves. Or any of the other places in the comical number I listed.

Ugh this is the worstttt I hate praising myself. I am self-obsessed in the specific way in which I could talk about myself for a thousand years in this specific setting and that should NOT be confused with self-confidence my dear boy!!

Whatever. Here, have some links, you harpies.

WHAT A TIME TO BE ALIVE: SUNSHINE BLOGGER AWARDS 6-10 PLUS MY FAVORITEST BLOGS

THE BEST CONTEMPORARIES EVER: MY FAVORITE BOOKS FROM THE GENRE I HATE MOST AND READ MOST

MY 20 FAVORITE BOOKS EVER, LITERALLY, OF ALL TIME

I do not take well to being told what to do, and there is something just v bossy about the you HAVE to nominate 10-20 people rule that I am not looking upon kindly I’ll tell you that.

So I’ll nominate. BUT I WON’T FORCE MYSELF TO ADHERE TO YOUR ARBITRARY NUMBERS, SOCIETY.

I’ll ask five questions though. I’m not a barbarian.

As always I know I’m forgetting people (this time I’m only doing 5 so cut me some slack) and if any of you chosen ones don’t wanna do it I’ll forgive you. Eventually. I guess. After years of work and grudge-holding.

1. You’re Swiffer-dusting an old lamp when a genie pops out. He’ll grant you a wish, but his powers are limited (he’s been in that lamp a long time!) so you have to pick one from a list. What would you wish for, of the following?: a) you are the literal champion of the world at making boxed mac and cheese – no one can do it better than you; b) you can see the future, but only through the eyes of celebrity chef Guy Fieri; or c) you’ll never lose a sock to the laundry again?

2. What food do you wish you were eating right now?? (No cop outs.)

3. Would you rather be a spy or a detective?

4. What’s a book on your TBR you think you’ll five star?

5. Which would win in a battle of who is coolest: a mermaid, a witch, a fairy, a queen, a werewolf, or former SNL cast member and current star of Brooklyn Nine-Nine Andy Samberg?

Another thing I did is “take an unintentional hiatus again, pretty classic, when will you stop being so bad at this Emma,” and I’m SO SORRY. I’m going to try to catch up on all the things I’ve been tagged in/comments I’ve been pinged on/etc etc, but…

If you could bring my attention to anything I missed in my regrettable absence that would be faaaaantastic thank you!

Do you have an idea of your three best posts? Link them! Would you rather be a spy or a detective?

42 thoughts on “The Mystery Blogger Award: I hope this has something to do with spies. Or detectives!”