I mean, actually it’s the most fun activity of all time and also gives you knowledge and empathy and love and I would spend all of my time doing it if I could and pretty much spend as close to “all” of my time as I can already…

But if you think about it, it suuuuucks.

This is due to the fact that reading can be so so so so so so painful! Sometimes you love characters and they are injured, or they die, or someone they love dies and then they have to spend the perfunctory next book mourning, or whatever boring sad thing humans do when they lose someone.

Or even worse, the character could have sucked to begin with like most of them do, and then you have to spend, like, 300 pages following the tired-ass misadventures of a bozo!

So now, it is time for my revenge on both of these groups. I am now going to make them fight zombies.

(I wasn’t tagged in this but I did steal it from Angelica @ The Book Cover Girls.)

the first person to die:

Lucien, A Court of Wings and Ruin

Cool. We don’t need that guy, anyway. What the hell would he do? Imprint on a zombie? Angstily tell one of the undead about his tragic past and his mean dad? BYE LUCIEN.

Also: I’ve been currently reading ACOWAR for seven months, so don’t spoil me!! Or do. Nothing matters and I do not care about that book.

the person you trip to escape the zombies:

Rhys, A Court of Wings and Ruin

HAHAHA. GET EATEN, RHYS! HAHAHA. Hope you weren’t enjoying having an unchomped brain!!!! It didn’t seem like you were getting too much use out of it anyway!!!! Hahahahaha. I love this tag.

the person that trips you to get away from the zombies:

Alosa, Daughter of the Pirate King

I hate this tag.

God, Alosa totally would trip me. But first she’d spend, like, 20 minutes thinking about how she’s so brilliant and comes up with a plan for everything, while intermittently lusting after what’s-his-name-pirate First Mate McBoring or whatever. Then 15 minutes of scheming, followed by tripping me, and then three hours of calling herself brilliant and fantasizing.

I choose to believe that this level of distraction would allow me to get back up and shove her into the incoming horde of brain-eaters.

the first person to turn into a zombie:

Riden, Daughter of the Pirate King

Oh HELL yeah. He’s just going to try to mack on Alosa the whole time!! And thus turn her into a zombie!!! A classic win-win.

I do not think the objective of this tag is supposed to be “turn as many people into zombies as possible.”

If Dimitri is the team idiot we are totally f*cked.

Maybe he will be nonstop using vampire-fighting tactics on zombies and we’ll all good-naturedly be like “Dimitri!!!” like he’s a goofy dad on a sitcom.

the brains of the group:

Again…dunno if I’d say that.

I guess she’s smart? “Boring” is her defining personality trait by a mile so it’s kinda hard to say.

OKAY YEAH! Maybe we won’t all die in a pile of our own brains!!!

I’m not the biggest ever Adam fan (cough he’s boring cough) but he’d probably be a good medic? Boring also = stable, steady, able to take a bit o’ a shock. Such as someone’s brains coming out their earhole, or whatever.

WE ARE GOING TO DEFEAT THE ZOMBIES. IT IS DETERMINED.

I do not like Ronan, but he is #edgy and #violent, which makes for a flat whatever character but a pretty f*ckin’ solid weapons expert if you ask me. Also the whole dream thing! This is great.

Lila Bard, A Gathering of Shadows

That seems about right.

Fingers crossed she gets into a brawl with a zombie early on so we don’t have to deal with her antifeminist character construction for too long am I right.

Kell, A Gathering of Shadows

I would rather die than take an order from this stale piece of potato bread. I am going to overthrow him straightaway and make myself the leader. Despite my lack of athleticism, fighting ability, or zombie-based knowledge.

My zombie team is…

Except really just Dimitri, Lissa, Adam, Ronan, and myself because I’m planning on taking everyone else out of the picture pretty quickly.

Honestly…….I like this crack team. I think we have a shot. 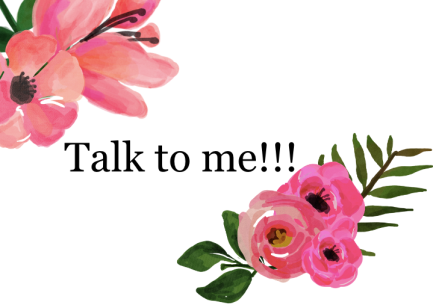 Do we have a snowball’s chance in hell at fending off the zombie apocalypse?

What character(s) would you want on your side if zombies were suddenly comin’ atcha left and right??

44 thoughts on “The Zombie Apocalypse Book Tag: In which I finally get revenge on characters for the pain they have caused me”