Synopsis: Harry Potter is midway through both his training as a wizard and his coming of age. Harry wants to get away from the pernicious Dursleys and go to the International Quidditch Cup with Hermione, Ron, and the Weasleys. He wants to dream about Cho Chang, his crush (and maybe do more than dream). He wants to find out about the mysterious event that supposed to take place at Hogwarts this year, an event involving two other rival schools of magic, and a competition that hasn’t happened for hundreds of years. He wants to be a normal, fourteen-year-old wizard. But unfortunately for Harry Potter, he’s not normal – even by wizarding standards.

And in his case, different can be deadly.

Act 4 of 7, gents! And I’m stuck somewhere betwixt 4 and 5 stars for this one, so I’ll just write this review, pop on back to the beginning and smack a rating on this bad boy. (Disclaimer: I am on Hour 26 post-wisdom teeth surgery, on some painkillers no one should turn their nose up at, and desperate for solid food and human interaction. So in other words, bear with me, because this may be…somethin’.)

Okay, let’s start with our characters. I always gotta discuss the same collection of several. Both Harry and Ron are pretty consistently eh characters for me (except in the first book, in which I really enjoyed Harry). Here, instead of being eh, I found them…annoying? It drove me absolutely insane that Harry kept procrastinating his clues – like no yeah, do your Divination homework the night it’s assigned, but please put the life-or-death clue off to the side for now. Procrastination always drives me crazy in books – PLEASE JUST DO YOUR HOMEWORK – but the high stakes and lack of logic with this made me go insane. And don’t even get me started on their constant, needless bickering. Ugh. HOW ARE YOU BOTH SOMEHOW EQUALLY ANNOYING HERE? JUST SUCK IT UP AND FORGIVE EACH OTHER! And since this book is just the tip of the iceberg on Angsty Harry, I don’t see my qualms with him improving at all.

Neville, on the other hand? Cemented his status as a fave o’ mine. His backstory is great. He really deserves to be in Gryffindor, the brave li’l guy, and I just want to give him a big hug. I wish he was a bigger part of the series. He’s such a cinnamon bun. I’d read a book on Neville. (Maybe. Actually, that might be a bit exhausting. Still, you get the point – I love the kid.)

Snape, on the other hand? Well, somehow he outdoes himself here. I just don’t know how I’m going to hold onto this rant until book 7. God, you guys, get ready for a tsunami of anger, I guess. HE IS SIMPLY THE WORST. HE IS SO BAD THAT I CAN’T EVEN TAKE NOTES BECAUSE EVERY TIME HIS GREASY MIDDLE PART SHOWS UP IT MAKES ME ANGRY SOMEHOW.

And let’s discuss that feminist message, shall we? I, first off, love that my perhaps-all-time-favorite character Hermione gets political as hell in this one. Mad respect, girl. And for a cause that she’s laughed at for, even one that would make her life far, far easier in every means if she just backed off it! (I’m seeing some parallels to feminism here….)

But no, in all seriousness, this S.P.E.W. sub-storyline introduces a really interesting theme of race, and I’m excited to see how that continues throughout the books. ‘Cause it’s super pertinent right now. Plus, her defeat of Rita Skeeter, who taunted her for her appearance and reduced her meaning as a person to the boys she spent time with, is just amazing. (A connection to Snape, no?)

And don’t even get me started on the representation of women in professional sports in this book! Fabulous enough that almost half of the Gryffindor quidditch team is female, but the fact that there are women competitors in the Quidditch World Cup? Amazing! There’s no underestimating the empowerment that representation lent to young, female readers who dreamed of being athletes. Yay, J.K. Rowling! Yay, important diversity in children’s books!

If only this wonderful treatment of women – and we know that Rowling is a tried-and-true feminist – extended to the Triwizard Tournament. But alas, all we get is…Fleur. Fleur’s only trait is her beauty (cough cough, reminds me of someone we know, cough cough, CHO F*CKING CHANG), she (like Rita Skeeter to Hermione) is reduced to the boys she spends time with/thereby must be flirting with (Cedric; the Ravenclaw quidditch captain), and, worst of all, she’s not a good competitor. She gives an eh performance in the first task, receives pity-points in the second, and is ignored and eliminated in the third. Ms. Rowling, my love, couldn’t she at least use her looks cunningly to distract her opponent? If you were only going to give us one girl competitor out of four, couldn’t she at least be, well, good?

And a little bit more on ol’ Cho: THIS STORY LINE DRIVES ME CRAZY. We have heard straight up, like, one line of dialogue from her. Harry just loves her because she’s pretty. It’s mind-numbing. He’s surrounded by such strong female characters, and he goes for some random pretty girl? Since she’s a Ravenclaw we know she rules (#RavenclawPride) but that certainly hasn’t been shown.

There were fewer stupid mistakes in this one, but there were still some. One being that somehow magic-less mermaids painted pictures of themselves on a rock…underwater. Unless they’re sourcing that fancy schmancy under-da-sea paint, they should not be able to do that. Also, the search for Sirius is never mentioned by the many (many, many, many, MANY) members of the Ministry of Magic we are CONSTANTLY seeing in this book. Or by Rita Skeeter. Which doesn’t make sense, because that search was a big f*cking deal. (And don’t you think ol’ Skeeter would want to bring up that failing when she’s writing inflammatory articles about Hogwarts and/or the Ministry? Again, that mistake was a big f*cking deal.)

But this comes down to the same thing all these reviews come down to: the world. Goblet of Fire gives us the biggest look into the Wizarding World since Sorcerer’s Stone, and because I love looking at this world so flippin’ much (plus fewer teeny errors) I have to give this a high rating. Even if I had character problems.

Bottom line: definitely better than the second and third, and maybe (MAYBE!) an almost-tie for favorite-so-far with the first one. The feminism contains some mixed messages, there are a couple things that don’t make sense, and I still haven’t found a way to kill a fictional character (but when I do, watch your back, Severus). But the world, Hermione, Neville’s story, and a couple other great things overcome all that. This book rocks! Hurray!

6 thoughts on “Harry Potter and the Goblet of Fire Review” 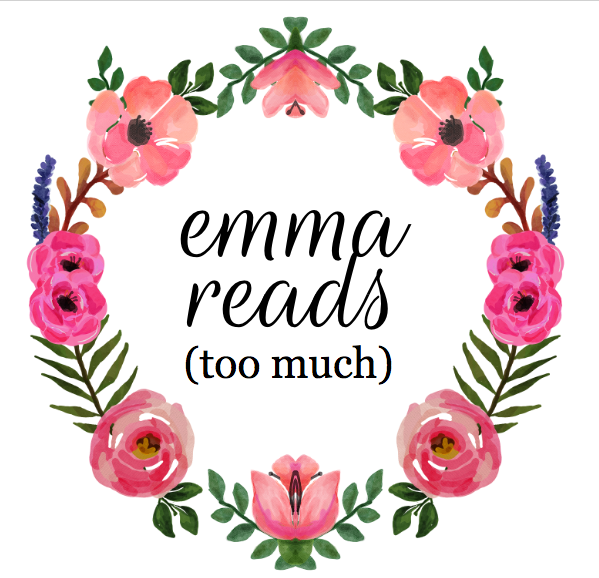